Ruducio the surprises in your muggle finances 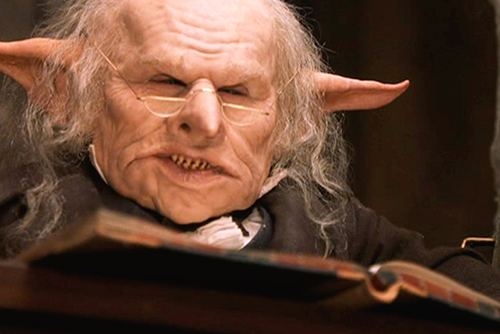 Once upon a time Rupert Grint aka Ron Weasley, star of Harry Potter, turned to tax advisors who suggested he file 20 months of income for the year 2009 – 2010. This would have prevented his money for the following year being affected after the top rate for the tax in the UK rose from 40 percent to 50 percent. The tax increase was abolished two years later.

However, Mr. Grint didn’t change his tax filing date and instead went to court to plead his case and seek a refund for the ten percent loss. The hike resulted in the additional cost of £1 million and probably a few curses.

The death eaters (we mean the tax authorities) agreed that Grint had the right to change his accounting date, but denied he had actually done so.

Rather tellingly, during the hearing the famous red-head admitted his knowledge on financial matters was “quite limited” and he relied on his father and accountant to oversee his accounts.

If only this was a story with a fairy tale ending. Lord Voldemort the Tax Man, is probably wondering why on earth Mr. Grint didn’t take a closer interest in his finances and didn’t have the information he needed to make effective real time decisions.

Additionally, from April, HMRC began a journey which will give everyone real-time insight into their tax affairs and will automate more of their tax filing, eventually making the entire process digital.

By 2020 HMRC is hoping to fully integrate all sizes of business, individuals, landlords and companies into this digital tax regime. This ambitious move is not about adding burden for busy freelancers and business owners –in fact more regularly updating your finances makes for a better business and actually reduces, not increases, the self-assessment headache.

However, for many self-employed people today, their business finances are unsatisfactory, with poor record keeping, a box of receipts handed to an overworked accountant and a nasty unexpected bill to welcome in the New Year. More frequent updating of your finances is a step that will mean greater predictability and more visibility, allowing you to better plan your finances and tax payments.

We all know change can be hard but people are about to be put in control of their accountancy for the first time. As we have just passed the end of the financial year, it would be wise for small businesses to begin 2016/17 by adopting the digital filing mindset early, by moving to online cloud services and looking for an advisor who can keep an eye on your finances so you can keep both eyes on running your business.

DISCLAIMER. No Members of the Ministry of Taxation were hurt in the telling of this story.

Keep to to date with our latest news posts and stay ahead of the game.

This website uses cookies to improve your experience while you navigate through the website. Out of these cookies, the cookies that are categorized as necessary are stored on your browser as they are essential for the working of basic functionalities of the website. We also use third-party cookies that help us analyze and understand how you use this website. These cookies will be stored in your browser only with your consent. You also have the option to opt-out of these cookies. But opting out of some of these cookies may have an effect on your browsing experience.
Necessary Always Enabled
Necessary cookies are absolutely essential for the website to function properly. This category only includes cookies that ensures basic functionalities and security features of the website. These cookies do not store any personal information.
Non-necessary
Any cookies that may not be particularly necessary for the website to function and is used specifically to collect user personal data via analytics, ads, other embedded contents are termed as non-necessary cookies. It is mandatory to procure user consent prior to running these cookies on your website.
SAVE & ACCEPT